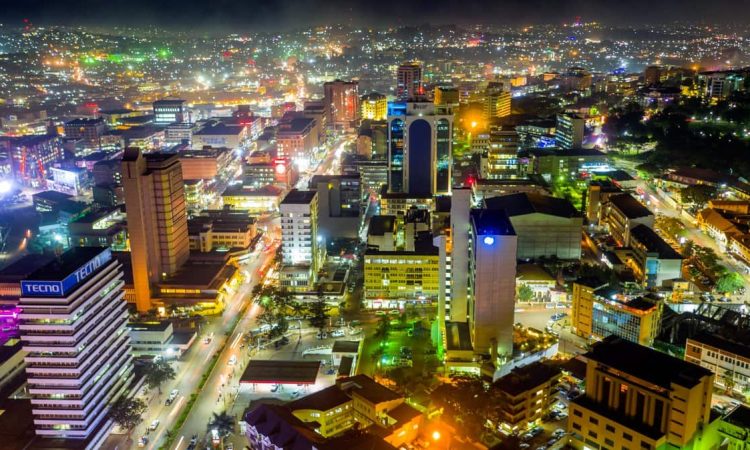 Kampala Capital City: Ranked as the best city to live in East Africa, Kampala capital city of Uganda was also ranked the 13th fastest growing city in Africa. The standards of living are awesome and life is affordable in Kampala capital city. This capital city is the collection center of every aspect of life, be it businesses, entertainment, health education, to mention but a few. It is the most lucrative city in Uganda followed by Mbarara and others. Park of the Uganda Safari Tours is a kampala city where travelers get a chance to explore the City and its Heritage.

Kampala capital is also fast growing in terms of population with a growth rate over 4%, wakiso engulfs the city with a population growth that doubles almost every after ten year; probably it is another reason for the growth in the population of kampala as well. The city is divided into smaller sections or boroughs called divisions that are used to implement the projects and also plan development policies. Kampala capital includes 5 divisions such as, nakawa, Kampala, makindye, kawempe and rubaga divisions.

Before the firm beautiful city of business with skyscrapers and city noise, this place was a hunting ground with spectacular landscape of the undulating hills then. The hills where covered with grasslands and then wet lands in the valley. The hunting ground was dominated with antelopes called the impalas. And when the British came to Uganda, they called it the hill of impala and this is the origin of the name Kampala translated as for impala.

Kampala later became the capital city of Buganda kingdom and the British constructed their headquarters at old Kampala. The city started to be developed by Buganda kingdom; the kasubi tombs were established in 1881, lubiri palace, the Buganda parliament and Buganda justice at bulange mengo. At mengo, Frederick Lugard constructed a British fort at mengo hill which was the main attractions for the British that later settled in this city to control their protectorate Uganda.

Kampala capital has a tropical climate; this brings about almost uniform weather conditions. However, still the factors that affect weather strongly apply causing a variance in the weather conditions of different areas with in Kampala capital city. Just like the other areas in Uganda, Kampala city receives two rainfall peaks and no distinctive dry season; drizzles are also expected in the dry season, and, sometimes, afternoon showers.

Despite the climate of Kampala, the heavier precipitations are received in august and November, march to June. The dry season is experienced in January to February and July. Too much rain destroys a lot of homes in the slam areas of Katanga and bwaise, it also distorts businesses in the city center. However, also the dry season brings about scarcity of water in the city and too much heat during the day and nights as well.

Old Kampala hill is a significant area in the history of Uganda; it is where Fredrick lugard constructed the fort for the British colonialists during the period when Uganda was a British protectorate. Old Kampala is also where you can find the supreme Muslim mosque that was donated by the Lt. Libyan president muarmar gadaffi. Old Kampala acts as the city center of Kampala capital with a number of schools hospitals among other infrastructures.

The Uganda museum is a place where you find all the interesting history of Uganda and east Africa as a whole. The Uganda museum has a lot of interesting sculptures to explain the history of Uganda and the different cultures in the country. You can also have a lunch picnic out in the gardens; the museum is just few kilo meters from the city center.

A beautiful guided tour around Kampala will expose you to a whole new experience of the culture and the history of the country and specifically Kampala capital city as it unfolds through the different historical sited such as the Buganda royal tombs at kasubi, religious sites like rubaga cathedral, old kampala mosque, namirembe cathedral among others.

You can also enjoy the Uganda martyrs walk to namugongo shrine which is always an interesting experience in the Christian faith especially Catholics in Uganda. The Kampala walk tour is also spectacular experience; it gives you a chance to explore the city on foot and also enjoy the lifestyle of the road side vendors, the crafts village among others.

Kampala is just a 45 minutes’ drive away from Entebbe international airport; you can either use an airport taxi or use the public means to the city. This city is an awesome experience and the night life is a real urban experience. You can visit Uganda and this city at any time of the year for all your activities  and its an added advantage when you are headed for other excursions in Uganda such as gorilla trekking in Bwindi forest national park, chimpanzee trekking in Kibale  national park , wildlife encounters in Murchison falls national park , Kidepo valley, queen  Elizabeth national park and lake Mburo national park respectively.